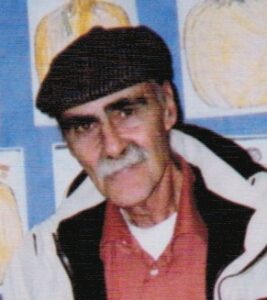 Joseph Robert DiCicco 74 Long-time resident of Massachusetts, Bob died peacefully at his home in Weston June 14, 2012 with his family by his side Bob was born April 29, 1938 and spent his childhood in Auburndale MA. He spent his summers with his family at Brant Rock Beach in Marshfield, MA. In his teens he and his family moved to Weston. Upon graduating from Weston High School, Bob went on to earn a Bachelors of Science in Business from Bowling Green State University, Ohio and did graduate work at North Eastern University. Following his graduation from college Bob volunteered and served honorably in the 26th Yankee Division Army National Guard of Massachusetts as a reservist. Bob was a loving and devoted Husband, Father, Grandfather and Son. Beloved Husband of Carol Ianniciello DiCicco of Weston. Devoted father of Jude Robert DiCicco of Weston, Brandy Lynn DiCicco and her significant other John Angore of Bedford, New Hampshire. Loving Grandfather of Madison Lee DiCicco of Bedford, New Hampshire. Son of the late Roger and Helen DiCicco of Weston. He leaves many aunts, uncles, nieces, nephews, cousins and friends. He was Vice President of Electro Products Company a firm founded by his parents. He later became Quality Control manager of Electro Freto Company. Bob was an avid history buff, golfer, gardener and dog owner of which he showed the most patience. Bob most enjoyed spending time with his family and they loved him right back for it. Contributions may kindly be made in Bob’s name to the 26th Yankee Division Army National Guard of Massachusetts for deployed and returning members, Children’s Hospital of Boston and Vernon Cancer Center at Newton -Wellesley Hospital, Newton Massachusetts. All services are private