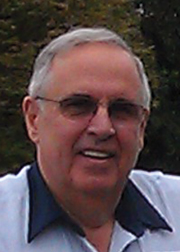 Alfred “Fred” DiDonato, died peacefully at Seaview Retreat in Rowley on November 6, 2016. He was 75 years old.

Fred was born in Boston and raised in Revere. He worked with the Medford and Revere Police Departments before he started his own business in 1978. Secure Security Systems was formed because of Fred’s caring personality in wanting to keep everyone safe in their homes. His years on the police force were the foundation for Fred’s insight and care of the alarm industry. Fred’s greatest love, after his wife and business was enjoying time with his many nephews and nieces. He enjoyed remote control planes, shooting off rockets with the younger family members and their friends and good food during the holidays, birthdays or any family gathering (which was then known to lead to family nap time).

A service of memory will be held on Saturday November 12th at 10:00 at St. Rose of Lima Parish, 12 Park St., Topsfield, MA. In lieu of flowers, please consider a donation to the Alzheimer’s Association 480 Pleasant Street Watertown, MA 02472 & http://www.alz.org/manh.