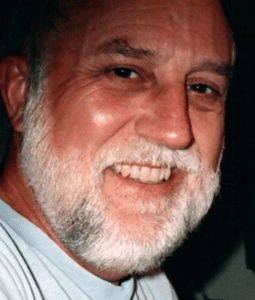 He is lovingly remembered by his two children, Lauren “Lauri” Dyer and Michael Morash and  their respective spouses Ellery and Patty; his grandchildren, Emily and Ethan Dyer, Meghan  Morash Collier and husband Drew, Nikki Morash Rossi and husband Kevin; his great grandchild, Ermanna Rossi; and Joel Ginsburg, who Al considered part of the family. He is  predeceased by his wife, Marion “Maddie” Morash, née Castle — his high school sweetheart  — to whom he had been married for over 50 years. Al is also predeceased by his seven  siblings. Al will be missed by many loving and attentive neighbors, of whom he often  commented were “the best!”

Al was born in Marblehead, Massachusetts in 1935 and grew up in the Shipyard neighborhood.  He graduated from Marblehead High School in 1953 and went on to enjoy a four-decade  career as an architectural engineer.

Al loved his hometown and spoke often of his happy childhood. He enjoyed reminiscing about  the “good old days” with his Muffin Shop crew.

He loved making people laugh, and had a reputation as a jokester, comedian, and prank-puller.  His greatest joy, however, was his family. His legacy will forever be that of a loving and  committed father, an engaged grandfather, a friendly neighbor, and a vibrant friend.

He will be missed greatly by all who knew him.

As per his wishes, there will be no official memorial service. However, a celebration of Al’s life  will be held in early October. Please contact Lauri at lolldyer@gmail.com to RSVP.

Cards for the family may be sent to Lauri Dyer at 7 Towne Hill Lane, Topsfield, MA 01983.

Donations in Al’s memory may be made to the parent company of Compassionate Care, Woburn: The Amedisys Foundation, 3854 American Way, Suite A, Baton Rouge, LA  70816 OR online at amedisys.com.