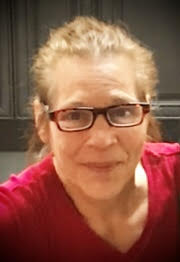 Formerly of East Boston, She married her life partner the late Richard “Richie” Giovanniello on April 9th, 1994. She spent many years working in the restaurant industry, she enjoyed cooking, spending time with her family and dogs, playing hockey in her younger years, spending summers at her camp in NH, and for many years she made taking care of others her top priority.

In addition to her parents she is survived by son Stephen Seracuse and his wife Erica and son Atticus, her brother Joey Seracuse; Aunts, Marsha, Roberta, Jackie Seracuse; Uncle Louis and his wife Carolyn; Cousins, Sabrina, Michael and Louis Navarro and their children; Nieces, Taisha and Monique; Nephews, Joey and Kona.

A private service of remembrance will be held on the 25th of January. Those that wish to remember Andrea in their own special way, may make a donation to the ASPCA (click for details) as anyone who ever met her knew that she loved all animals.