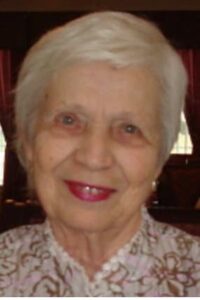 Anna Josephine Fanciullo, 88 passed away peacefully on February 22, 2017 after a lengthy battle with Alzheimer’s and dementia she was the widow of Ralph D. Fanciullo, Sr. Anna was born in Boston on September 4, 1928 the daughter of Joseph and Camella Laudanno and was married to Ralph D. Fanciullo, Sr. After their marriage they lived in Belmont Massachusetts where Ralph worked in the construction industry prior to opening a diner and then the famous “Ralph’s Sub Shop” which was enjoyed by many. Anna began her working career with Polaroid while also teaching classes at UMASS Boston before moving to Florida with her husband. While in Florida and caring for Ralph, she worked for the City of West Palm Beach as a literary instructor at the library and also a city bus driver.

In addition to raising their 3 children and working career, she also enjoyed bingo and cooking her famous Italian dishes for friends and family. Besides their first home in Belmont, MA they also lived in Watertown, MA, and East Wareham, MA before moving to West Palm Beach, FL due to failing health of Ralph. While there, her favorite pastimes were Bingo and junkets to Nassau.

She is survived by her only daughter Helen Sergi and her husband Ted Hatch from East Wareham, MA., their children Annmarie Churchill of West Wareham, MA; David Sergi of Carver, MA; and Joseph Sergi of Wareham, MA; Her daughter in law Elaine (Kathy) Fanciullo of Tewksbury, other grandchildren include Dianne Eatherton of Tewksbury, MA; Joseph Fanciullo, Jr. of Lowell, MA; Christine Sheedy of Walpole, MA; Michael Fanciullo of New York and many great grandchildren. She was predeceased by her two sons Ralph D. Fanciullo, Sr. and Joseph J. Fanciullo, Sr.

Funeral arrangements will be private.