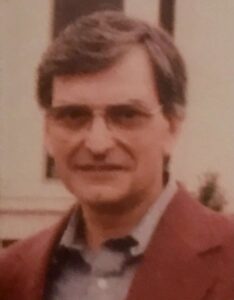 Anthony J Cedrone Jr., most recently of Woburn, passed away peacefully on Tuesday April 27. Born in
Brighton 79 years ago, he was the son of the late Anthony Cedrone Sr. and Emedia Cedrone
(Magnarelli). He was raised and educated there and was a Graduate of St Columbkille High School in
1959. He also served in the Army Reserves from 1961-1966.

Mr. Cedrone took up residence in Burlington 53 years ago with his wife, the late Rose Cedrone (Tessari)
and raised their Family. Mr. Cedrone worked for Kemper Insurance as an Auto Underwriter for many
years before moving to Provider Insurance Group in Brookline where he retired from in 2005.

Mr Cedrone is survived by his son Laurence and wife Grace of Manchester CT, Daughter Susan and the
late Joseph Torrice of Haverhill MA, Mark Cedrone of Reading and Fiancé Cindy Quimby of Ipswich and
Michael Cedrone of Billerica. His is survived by 11 Grandchildren: Adam, Mimi, Sarajane, Evan, Abby,
Sara, Samuel, Ella, Anthony, Michael and Giana.
Mr. Cedrone is also survived by his brother Joseph Cedrone of Brighton and sister Theresa and husband
Gerald Corso of Billerica as well as nephew Jerry Corso and wife Lainey, Niece Pamela Cox and husband
David and Great Niece Winter.

A private Graveside Service is planned.