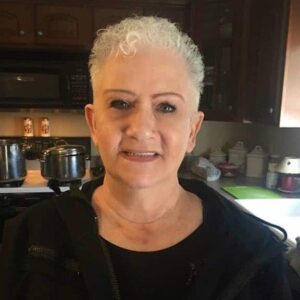 We are deeply saddened at the passing of Arleen Freedman Miller, who passed away at Mass General Hospital, Boston on October 25,2021 with her Son Ronald and daughter Stacey by her side.

She was the most loving and cherished mother who gave endlessly of herself, to not only her husband and children; but to everyone.

She will always be remembered by her grandchildren who knew her by Mammy,Grandma, Mimi and Bubbe.

Arleens entire life was dedicated to being a loving mother, wife, grandmother, sister and friend.

She will be greatly missed by her extended family as well, Richard O. Hill, Deannest Hill and Marsia Hill along with Patricia Brown.`

Arleen grew up in the South End of Boston MA, with her loving family, Mother Mariam Press Freedman(D) and Father Jacob Lester Freedman(D), along with Brothers Robert(D),Stanley,Michael and Peter and Sisters Francais, Identical twin Shirley(D),Sandy and Brenda. She is also an aunt to many nieces and nephews.

Arleen also held her very special in-laws close to her heart, especially Marilyn,Janis,& Craig. She will truly be missed by all of them, along with the entire Miller Family.

Arleen was the moral compass of her entire family, she always showed everyone how to look at situations and act fairly and in accordance to what God would want, she made the family better in every way.

She raised her children to be accountable for their actions, as she always knew her very special place as the mother and not a friend..When her children aged into adults they did become friends with her, very best friends.

She took her job as a mother very seriously, she had such strength and dignity and walked in grace and honor showing everyone that her greatest responsibility was her children , she was proudest of them and all the while keeping her principles and integrity to pass on to them making her children better people, for their family for society and for anyone who came in touch with them.

They will miss every single thing about her, her hugs, laughter, her ability to know what they needed and to know when they needed her, but most of all they will miss her presence, although they will keep the love that covered them every day of their lives without hesitation or judgement, through distance and time…her love was as fierce as she was, and it remains as fierce as she is.

Arleen was very creative and loved to do her own crafts, crocheting, making blankets ,dolls and more.

She loved coloring, she has been coloring her whole life, even before it was cool, her grandchildren will hold fond memories of all the years that they colored with her and shared that time even into their adulthood.

She also loved puzzles,internet games and shopping online.. She went from QVC to Amazon like a true shopping Queen.

She loved baking her big chocolate chip cookies, filling the house with their deliciously sweet smell and surprising the family with them. She made them so perfect, and with so much love.

Her love of chocolate and tostitos along with her undying love for Hostess cupcakes paired with an ice cold pepsi right out of the freezer, the family often laughed about her version of the nutrition pyramid.

But most of all among those very special times,was the precious time she spent with her munchkin Crystallyne, especially having movie nights together, making their popcorn and snuggling up together, they continued those times right up until her illness.

My beautiful mother, may you continue your journey to find the most perfect light to shine on your path until we meet again.. We won’t say goodbye because we won’t let you go, we hold you inside our hearts where you have lived all along.

Arleen was a loving christian woman, who not only taught of God’s word but exemplified it every day in her own life.

Although she was a person of faith it was her desire that we should not hold services for her passing, and we will honor that.