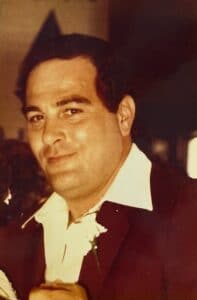 Age 78 of Malden MA Arthur “Artie” passed away on the morning of June 10th, 2022. He survived by his late parents Mark and Natalie Osterman. Father of Amy Osterman spouse Harry of Haverhill MA and Eric Marchant and spouse Mary of Wolcott CT. Artie was one of five children, brother Robert Osterman and wife Cathy of Salem NH and sister Brenda Tropeano and niece Natalie of Chelsea. He survived by his late sister Marie Perry and late brother Henry Osterman and grandfather of the late Michael Arthur Osterman. Artie had 12 Grandchildren and 8 Great Grandchildren and an uncle to countless nieces and nephews.

Artie was a fixture at the local Eastern Ave Dunkin Donuts “milk no sugar” in Malden Square, he was a jack of all trades, and would give you the shirt off his back or the last dime in his pocket if you needed it. A special thank you to the staff of Malden housing, Kenny who was like another son to Artie and Colleen who became his family over the 20 years he lived there.

In lieu of flowers the family would like to ask to please make a donation to the Tuffs Hospital who worked hard to make his final days peaceful and pain free. In honor of Artie we are asking the donation be made to Tufts Floating Childrens Hospital in his memory.