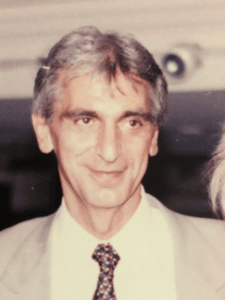 BOSTON – Benjamin “Butch” DeChristoforo, 84 , passed away on September 1st, 2022 at home with his wife in his arms.

He was born July 1st, 1938 in the North End of Boston to Anna DiFronzo DeChristoforo and Fred DeChristoforo. He was a graduate of Christopher Colombus High School and also obtained his Associates Degree. He married Susan Robertson of Quincy in January 1966. He began his career as a Massachusetts Senate Page then progressed to the position of Data Systems Administrator and Team Leader at Private Health Care Systems Waltham- he was known as a “dinasaur” in the field- beginning his computer education in the 1960’s. He enjoyed the simple pleasures in life like spending time with all his family members including his cousins in Captiva, Florida, but especially his only beautiful grandchild Brianna, presently in her senior year at Endicott College. His other interest and talent was traditional Italian cooking, always enjoyed by all.

Family and friends are invited to his memorial services being held at St. Francis Xavier Church in South Weymouth at 11 a.m. on October 7th.