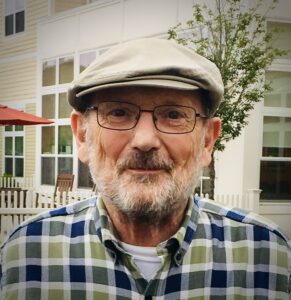 Blair Clayton Shick, Jr., formerly of Newton, MA and Vineyard Haven, MA, passed away in
Hingham, MA on August 26, 2020, just before his 82 nd birthday, due to complications from
advanced dementia.
Born in Akron, OH, Blair spent most of his childhood in Philadelphia, PA. After graduating
from Upper Darby High School, he attended Dickinson College (B.A., 1960), where he met
his future wife, Sondra, and then went on to University of Pennsylvania Law School (J.D.,
1963). He began his law career teaching military law at Fort Gordon U.S. Army base in
Augusta, GA. He then joined Miami Legal Services in Miami, FL, where he worked on the
landmark case, Fuentes v. Shevin, ultimately decided by the Supreme Court. In 1969, Blair
and his family moved to Newton, MA, where Blair served as Assistant Director of the
National Consumer Law Center of Boston College Law School. He later worked as a banking
specialist for the Boston-based firm, Arthur D. Little, and went on to practice general law in
the firm, Shick &amp; Fierman. He is author of the book, Torrens in the United States: A Legal
and Economic History and Analysis of American Land-Registration Systems, and a
contributing author to the Bank Director’s Handbook. He served on the Board of T.K. Keith
Company for over 30 years.

After retiring, Blair moved to the island of Martha’s Vineyard, where he dedicated himself to
his life-long hobbies of gardening, nature walks, history, and writing. He was an enthusiastic
docent and volunteer at the Polly Hill Arboretum for over a decade, and also served for many
years as treasurer for the Martha’s Vineyard Unitarian Church.
Blair is survived by Sondra and their three children, Jeffrey (ex Karen), Courtney (Carol),
and Elizabeth (Dom); grandchildren, Rebecca, Benjamin, Amanda, and Justin; sister, Susan
(Edward); cousin, Stephen (JoAnn); and many other loving cousins, nieces, nephews and
friends. He is predeceased by his parents, Lucille and Blair; and his sister, Judy (Holten).
A memorial service to celebrate Blair’s life will be held in late spring/early summer 2021 on
Martha’s Vineyard.
In lieu of flowers, please consider a donation to the Alzheimer’s Association to support
further research and advocacy for the prevention of Alzheimer’s and dementia.