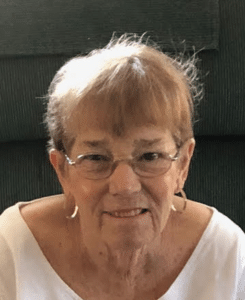 Our dear mother, Caryl J Alers (Marino), peacefully passed away on January 7th, 2023, at the age of 82 after a long battle with cancer. She was a caring wife, mother, grandmother, sister, and friend.

Caryl was born to Michael and Jean Marino on August 3, 1940, in Teaneck, NJ.  After attending trade school, she met her husband Terrence and they married and settled down in Dumont, NJ.  Dumont was where they started their family having 3 children together until moving to Suffield, Connecticut.  After leaving Connecticut Caryl and Terry resided in Amagansett, NY, South Yarmouth, MA, Tequesta, FL and most recently Milford, MA

Caryl is survived by her husband of 62 years, Terrence F Alers and their three children: Robert Alers of Jupiter, Florida and his husband Bill, Jeffrey Alers and his wife Bernice of Franklin, Massachusetts and Suzanne Garrity and her husband Dan of Burlington, Massachusetts, as well as her two grandchildren, Jack and Carissa who were the joy of her life.  Her siblings, Janet Hautau of Princeton, New Jersey, her late sister, Lois Marino and brother Michael Marino of Pawleys Island, South Carolina. In addition, she had numerous cousins and beloved friends.

Our Mother was one of the most caring people you would ever meet, generally putting others first instead of herself.  She loved her children and adored her grandchildren.  Mom was the life of the party and loved to dance whenever possible.  She also enjoyed the beach and warm weather.

As much as we have lost a beautiful, loving wife, mother, grandmother and friend, heaven has gained a uniquely wonderful angel.  As she always said to us “It’s not goodbye but see you later”.

In accordance with our mother’s wishes there will be no services at this time with a private celebration of life in the coming weeks.

In lieu of flowers, contributions can be made to Dr. Kwiatkowski (Dr. K)’s research in Caryl’s memory: