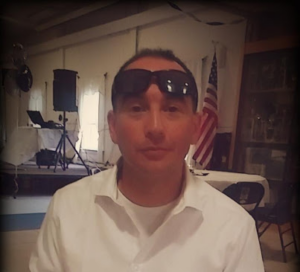 Brigham and Women’s Hospital with family and friends at his side.

Chris was born on November 23, 1968 in Hanford, CA to Sheila and Richard Martinez, where he resided until the family moved to the New england in 1974. Chris went to school in Somerville, MA and graduated in 1986 from Somerville High School. Chris worked at Uni-Cast in Londonderry, NH for 14+ years.

Chris was a very vibrant, “care free, happy go lucky” person from the time he was a young boy. Chris was soft spoken and gentle he didn’t like confrontation. He always had a light air around him. He had a big heart and beautiful kind smile that was infectious. He was a ray of sunshine even when he was sick. Chris was a fighter, he had open heart surgery at the ages of 8, 12 and then again in 2016. Chris took ill and got very sick fast and passed within a week. He fought to the end. He is a Superhero.

Chris loved Superheroes, as a child he had all the action figures. He went to all the movies, and he had all the shirts, hoodies, blankets, hats, and pj’s. Anything superhero!

Chris even had his own Superhero name “C-Man” which his brothers called him by. We love you Chris, and you are forever my brother, forever my friend.

The family would like to thank everyone for their thoughts and prayers through this very difficult time. There will be a private service with family and friends for Chris at Boston Cremation in Malden.