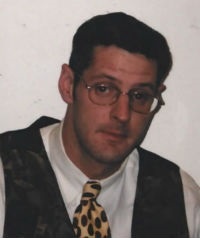 Daniel L. Morgan III, 51, Boston, passed away unexpectedly on July 9, 2016 at the Morton Hospital in Taunton.

In childhood and early school years Dan lived in the Northwest Chicagoland area. He and his family moved to Danvers where he attended high school and graduated in 1983. He aquired his CDL and worked for years as a commercial truck driver. He later continued his education in the Computer Science and Information Technology fields. He lived and worked independently among the North Shore, Boston and Cape Cod areas.

Dan was a people person who never met a stranger. He had a great sense of humor, was quick witted and could answer any trivia question. He had an eclectic taste in music, was an avid reader, and had a real talent for painting and drawing.

Daniel is survived by a sister; Theresa (Morgan) Rigol, a nephew; Lee Rigol, uncles, aunts and many cousins.

Burial will be held privately at a later date.