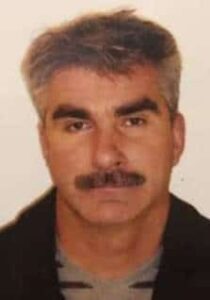 Dariusz Stadniuk, 56, of Mansfield, passed away peacefully on Saturday, October 19, 2019 surrounded by his loving family. He is survived by his wife Asia, his son Peter and his daughter Maria.

Dariusz was born on June 16, 1963, in Szczecin, Poland. As a young boy, Dariusz looked up to his older brother who, at the time, was an Olympic rower. He was determined to follow in his footsteps and became a decorated rower himself, eventually winning a gold medal at the Henley Royal Regatta and competing in the Moscow Olympics. In 1992, Dariusz decided to move the family to Boston to start a new life and to create better opportunities for his family. A few years later in 1996, Dariusz started his painting business Discount Painters and shortly after moved to Mansfield where he and Asia bought their first home. Dariusz was a man of integrity and discipline, taking great pride in his work and home. He was also compassionate and generous, often lending a helping hand to family members and friends in need or struggling. Dariusz was an incredible father and husband. He had a pragmatic approach to life and always offered great advice. Dariusz had a great sense of humor and he could light up the room with his laugh. He enjoyed fun, light hearted conversation. His favorite place to be was at home with his family. Dariusz was a man who enjoyed simple pleasures such as eating delicious food (his favorite being home-cooked Polish meals and prime rib), drinking rum and coke, and playing with the family dog in the backyard.

Dariusz was tremendously proud of his two children and he deeply loved his wife. He was Asia’s everything; her sunshine, her sky and clouds, and the love of her life since she first laid eyes on him. Dariusz will be greatly missed but his loving, warm spirit will forever remain in our hearts and memories.