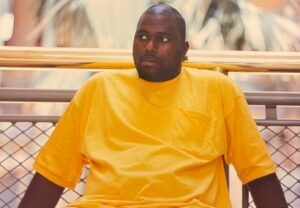 Born in Boston, MA to Caesar and Sandra Johnson, Dean was a quiet, well liked boy. Dean was
fiercely passionate about sports from basketball to football.

After he graduated, Dean would land his first job as a Corrections Officer. This kickstarted a
career in Law Enforcement. In 1986 Dean met a beautiful young woman named Jeannette Ward
and went on to have 2 children, Andrew Dean Johnson and Aaron Maurice Johnson. Dean put
family first, always, and was a dedicated father. His children, Andrew and Aaron, went on to
pursue careers in Public Safety and Technology. Dean was a strong, kind, loving, and supportive
father. His knowledge and guidance were the foundation of his family.

Dean was also passionate about video games and was a car enthusiast, which his son Aaron
shares to this day. He spent most of his retirement fulfilling his hobbies of listening to music,
collecting sneakers and electronics.

Services will be held for family and friends later in May. In lieu of flowers, the family is asking
that donations be made to the American Diabetes Association.