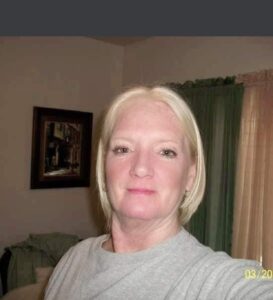 Deborah was born January 6, 1958 in Boston Massachusetts. She was a beloved daughter to the late Barbara McClellan Mullen & Edward Keane and her stepfather John Mullen, sister to the late Michael Keane. Deborah was a loving Mother to her son Anthony Savarese and daughter in law, Christie Ronzio. One of her greatest joys was being a ‘Gammy’ to her granddaughter, Sophia Ronzio. She’s left behind her brother, Edward Keane Jr, sister Jacqueline Mullen & several nieces & nephews.

Deborah received her business degree from Bay State college. She held various IT occupations throughout her life. However, her true love was making an impact on the lives of young children as a caregiver.

Deborah was a true lover of nature. She appreciated the birds of the air & the waves of the ocean. She especially loved her walks – exploring the beach & meeting new people. If you met Deborah once you would never forget her. She was a happy, chatty free spirit who loved all Gods creations. She will never be forgotten & held in our hearts.

A celebration of her life will be held at Boston Cremation, 287 main st. Malden on Friday April 16th from 9-11am.