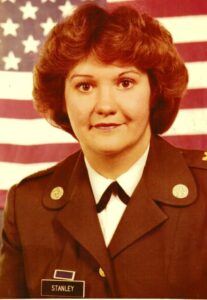 Deborah L. Stanley, 59, of Revere passed away suddenly on November 12, 2017. Beloved mother of Philip R. DiSario and his wife Alycia of Derry, NH. Beloved grandmother of Philip Wesley DiSario of Derry, NH. Loving daughter of the late Richard and Marjorie (Flanagan) Stanley. Dear sister of Robert and his wife Donna of Saugus, Marjorie Carroll and her husband Lawrence of Lynnfield, Ronald of Revere and the late Richard L. of Revere. She is also survived by several nieces and nephews. Deborah was a U.S. Army Veteran. Per Deborah’s wishes, services will be private.