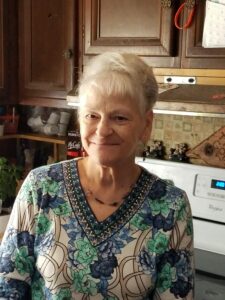 Denise M (Contois) Savio, age 71 of Wareham, formerly of Stoughton died June 5, 2019 at Royal Cape Cod Nursing & Rehabilitation Center after a long illness. She grew up in Canton and graduated from Canton High School in 1966 and then went to Cosmetology School in Norwood. She was baptized as one of Jehovah’s Witnesses in1968 and most currently attended the Kingdom Hall in Falmouth.

A memorial service will be held on Saturday, July 20, 2019 at 1:30 p.m. at the Kingdom Hall of Jehovah’s Witnesses, 638 Pearl Street, Stoughton, Massachusetts.

In lieu of flowers please send any donations in her memory to Fidelis Hospice at Royal of Cape Cod Nursing and Rehabilitation, 8 Lewis Point Road, Buzzards Bay, MA