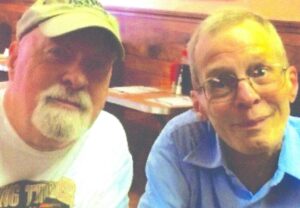 Dennis Burns, of Mansfield, passed away unexpectedly after ongoing health battles which he faced with much courage, at Good Samaritan Hospital in Brockton, on Saturday, March 9, 2019. Born in Norwood, MA he was the devoted son of Donald Burns and Mary Burns; beloved brother to Debra Burns, Donna Oldmixon and Diane Stoves and her husband Christopher; uncle to Ryan Oldmixon and his wife Diana; a great uncle to Emily; a nephew of Paul Moriarty, Robert Moriarty and John Moriarty. He was predeceased by his aunt, Claire Martin.

He was a warm outgoing person with many interests that started at Walpole Sportsman Club and went on to Mansfield Fire Department, Boston Ambulance, Hanscom Air Force Base, Plymouth Nuclear Power Plant, Walpole Prison, Coach Limousine Services and the list goes on. His hobbies included being an avid photographer, a car enthusiast, fishing, he was also a collector of cars, models and magazines and he enjoyed reading, writing and movies. Along with being a generous person and willing to help others more than anything he was a true friend to animals.

In lieu of flowers, donations can be made in memory of Dennis to: MSPCA-Angell, attn: Donations, 350 South Huntington Avenue, Boston, MA 02130.

Thank you all for the special friendships that came out of being his friend.