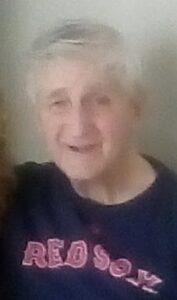 Domenic “Dom” L. Di Bona, Jr., 88, of Quincy, MA passed away September, 22, 2019 with his loving family by his side. He was born and raised in Quincy the son of the late, Domenic L. and Carmella (Rossi) Di Bona, he went to Quincy High School and at the age of 17, he started work at Stride Rite Shoe, co. in Roxbury for 45 years, until his retirement in 1993. He worked his way up from order picker to the warehouse foreman and tt was his only job. He served his country in the United States Navy for four years during the Korean War where he was a radar man stationed on the aircraft carrier, USS Roosevelt. Domenic loved all sports, he loved swimming, he made friends easily and was a great story teller.

All are invited to attend his funeral service, Friday, September 27, 2019 at 11am in Boston Cremation, 116 Franklin Street, Quincy, MA 02169. Visiting hours are from 9-11am in the funeral home. Burial to follow at Mt. Wollaston Cemetery, Sea Street, Quincy, MA.

In lieu of flowers, donations in his memory may be made to the charity of one’s choice.