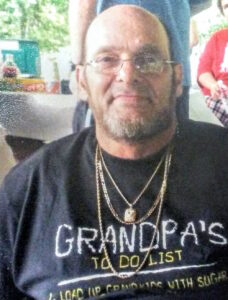 Donald was known by many and loved by even more. He had a crazy funny personality that made everyone laugh. He had a big heart and will be missed dearly. Donald was a one of a kind man. Donald was so many things, a son, brother, father, husband, papa, uncle, friend and so much more. He grew up in a close family and was one of 12 children. Brothers Michael, James, John, Thomas. Sisters Barbara, Florence, Helen, Nora, Sidney, Patricia, Effie. His first marriage was to Theresa Colella they had four children Tammie, Terry, Toni and Chuck. His second marriage was to Madeline Knox and they had four children Dawn, Christine, Donald, April and Victoria. He also had many grandkids who he loved dearly along with nieces, nephews and cousins.