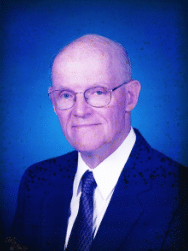 Donald (Don) Summerson Brown passed away peacefully on March 2, 2022, at home in
Swampscott, MA in his 93 rd year. Born in New York City a few minutes after his twin brother Ted
(deceased) to Edward and Isabel Brown, he grew up in Woodside, Queens. He graduated from
Bucknell University where he married his college sweetheart, Betty Hatch of Mt. Lebanon, PA.
He continued his education earning Master’s degrees from the University of Chicago and Yale
Divinity School after serving in the U.S. Army at Fort Dix during the Korean War.
After his ordination by the United Presbyterian Church U.S.A., Don began his ministry at
the Kingsboro Presbyterian Church in Gloversville, N.Y. He then served the Presbytery of
Western New York in Buffalo for 20 years, first as Associate Executive and then Executive
Presbyter. He closed out his ministry as pastor of the Pebble Hill Presbyterian Church in
Syracuse, N.Y. After retirement he served in various volunteer roles, including visiting chaplain
for a nursing home in Denver where he and Betty also enjoyed being part of their two
grandchildren’s youth.
His was an active faith, engaged not only in church matters but in social issues of the
day. Don’s commitment to civil rights led him to Washington DC where he heard Rev. Martin
Luther King give his “I Have Dream” speech and to Birmingham AL to join in lunch counter
protests against segregation. He was an early and dedicated anti-Vietnam War activist, again
demonstrating his faith by practical action. He also served on the Ecumenical Task Force of the
Niagara Frontier to address the Love Canal environmental disaster.
Don loved swimming, water skiing, and playing cards and other games such as miniature
golf, bowling, and croquet with his family, dropping his normal kind and compassionate nature
when competing with them. (Yes, ministers can trash talk although he was pretty polite about
it! )
Survived by Betty, his wife of 71 years, Don was the father of Cathy Rock (Wayne –
deceased), Douglas (Tim Parker), Virginia Hughes (Brad), and Richard (Cheryl), grandfather to
Casey Rock (Kelly) and Darcy Rock (Colin Whetsel) and great-grandfather to Ryan Rock and
Juniper Whetsel. He is also survived by his foster sister Jenifer Bush (Dave), his twin brother’s
wife, Willene, and their children, Ted Brown and Donna Shallenberg, and her children.
A family service will be held later this year. In lieu of flowers, the family suggests
memorial gifts be made to Care Dimensions Hospice (at www.caredimensions.org/support-our-
mission/ways-to-give/ or 75 Sylvan Street, B-102, Danvers, MA 01923) which enabled
wonderful home care in Don’s final days.
A final benediction from Don: “Finally, brothers and sisters, farewell. … agree with one
another, live in peace; and the God of love and peace will be with you.” II Cor 13:11 (NRSV)