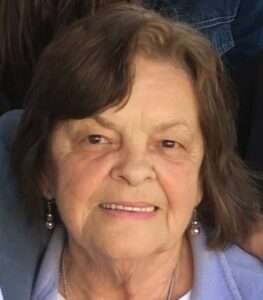 Doris Lorraine Hancock (Travers) passed away peacefully on July 22, 2019 at Serenity Hill in Wrentham. She was 80 years old. Doris was born July, 22, 1939 in Mansfield, MA to the late John and Florida (Dion) Travers. She was married to herhusband of 39 years, the late William Hancock of Swansea. She lived much of her life in Attleboro, and the latter part of her life in Rehoboth.

Doris was a beloved sister to William Travers and his wife Barbara, the late Robert Travers, the late Judy Moreshead, the late Diane Brunelle, Ronald Travers and his wife Louise, Donald Travers, Christine Renzi and her companion Kevin Hurley, Suzanne Earls and her companion Jay Rotherham, Carol Travers Anagnos and her husband Ernie, and Linda Gartman and her husband Nelvyn. She also had many loved nieces and nephews.