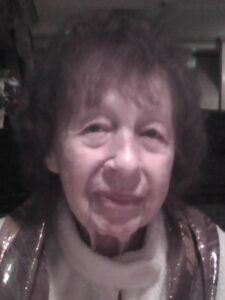 When Dot Farley lost her beloved husband Bob 14 years ago, she was determined not to let his death prevent her from attending the bingo games and outdoor summer concerts that had become such a staple in her life.
So despite having never sat behind the steering wheel of a car and further handicapped by the onset of macular degeneration, Dot went out and got her driver’s license — at age 87.
Never one to follow the crowd, and while many among her generation were downsizing to condos and pre-planning their funerals back in the mid ’80s, Dot convinced her reluctant husband to sell their modest Malden home and upsize to a much bigger raised ranch in Wakefield. It was an unconventional move for a 72-year-old couple, but Dot spent nearly 30 years in her new dream home.
Dorothy Ann (Conway) Farley, 101, passed away recently at the Epoch Senior Care Center in Melrose. Her final day was the 37,000th of a rich and fulfilling lifetime.
Dorothy was the last living of five children born to Frederic and Margaret (Quill) Conway in Malden. She attended the Cheverus grade and high schools in Malden, and soon met future husband Robert, a three-sport athlete at Malden High. Dorothy spent many years as a switchboard operator for New England Telephone and Telegraph (now Verizon), while Bob was a decorated police officer for the city of Malden.
Dot and Bob loved traveling. Frequent destinations included Las Vegas and Florida. They especially enjoyed attending the dog races at Hollywood Greyhound Track in Hallandale and Derby Lane in St. Petersburg, while Dot had the added distinction of being able to bet on her namesake greyhound Dot Farley.
The couple were frequently front and center at concerts featuring many artists of the Big Band era including Frank Sinatra, Perry Como and Patti Page, as well as more contemporary acts such as Liberace, Wayne Newton, Debbie Reynolds and Anne Murray. Dot’s night life also included monthly visits to Boston’s theater district with a group of married lady friends, the self-proclaimed “Nonpareils.”
Dot was passionate about politics, and talk radio was a favorite hobby. Her most prized possessions may very well have been her two transistor radios, one of which served as a backup in case the batteries went dead on the other. She did not want to miss a word.
Her pets brought Dot countless hours of love and joy, beginning with her childhood cairn terrier Pixie. Cats Mindy and Buffy were constant companions during her early retirement years, and always shared the love seat when she settled down to watch the quiz show “What’s My Line?”, “Life Is Worth Living” with Bishop Fulton Sheen, and “The Tonight Show” starring Johnny Carson. In recent years, they were succeeded by Dot’s faithful felines Amy and Sylvester for reruns of “Everybody Loves Raymond” , the “Golden Girls” and “The Mollie B Polka Party.”
Dorothy is deeply missed by her two sons, Robert of Henderson, NV and Gregory of Wakefield, as well as numerous family members and friends who will carry on her legacy of love. A memorial service will take place at a later date.