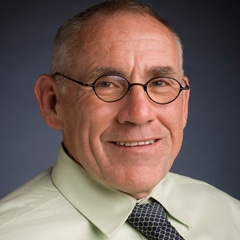 Dr. Thomas Francis Hehir died on June 22nd from ALS at the age of 72. The special education expert and professor was a leading advocate for the rights of the disabled.

Tom was born on February 2, 1950, in Worcester, Massachusetts, into a large and loving extended family. He was the middle of three brothers born to Elizabeth (née Hussey) and Leo Hehir.

After being educated in the Worcester Public School system, Tom attended The College of the Holy Cross. While there, Tom began volunteering to help kids with intellectual disabilities. After graduating from college in 1972, Tom attended Syracuse University where he received a graduate fellowship and earned a Master’s degree.

From 1973 to 1987, Tom worked as a teacher and as an administrator focusing on special
education. This included his work with the Boston Public Schools, where he was named
Director of Special Education for the entire district.

From 1987 to 1990, Tom returned to graduate school earning his Ed.D at Harvard in
Administration and Social Policy. Tom was awarded for his work with a Dissertation Of The Year Award from the American Education Research Association.

In 1990, Tom moved to Chicago where he served as associate superintendent, primarily
working on issues of special education, as well as gifted and talented programming, and
all student support services. During his tenure in Chicago, the district was able to reach a much higher level of compliance with IDEA (Individuals with Disabilities Education Act).

In 1993 Tom was asked by the Clinton administration to join the US Department of
Education. Tom was appointed to serve as director of the Office of Special Education Programs (OSEP), where he served from 1993 to 1999. He helped oversee the reauthorization of IDEA in 1997, which ensured children with special needs would gain access to a general curriculum and high quality education programs.

At the end of the Clinton presidency, Tom returned to Harvard’s Graduate School of Education to teach on school leadership and federal policy, as well as study and write about special education in the reform movement, due process, and least restrictive environment issues. Throughout his 19 years, during which he was named the Silvana and Christopher Pascucci Professor of Practice in Learning Differences, Tom instructed thousands of Harvard graduates — teachers, principals, superintendents, and policymakers — on the importance of implementing meaningful inclusive education. Tom was beloved by his students and remained close with many of them after retirement.

Throughout a storied career, Tom Hehir made an incalculable impact on the life of students with disabilities, their parents, and the educators who serve them. For his work, he received countless awards and recognition including the Martha H. Ziegler Founder’s Award. The Ziegler award is given to individuals who have had a tremendous impact in improving the quality of life or children and students with special needs. Tom also was a dedicated trustee for Perkins School for the Blind.

In his personal life, Tom loved being with people and being active. Tom developed close
relationships wherever he went and enjoyed spending time with friends and his large extended family. He split time between Boston and Maine and loved to garden, ski, and hike with his dogs. Ever a teacher, Tom was proud that he taught generations of Hehir’s how to ski.

Tom was also a proud gay man, coming out in 1976, becoming an openly gay appointee in the
Clinton administration, and getting married to his husband, Danny, in 2022. Tom played an
active role in Boston’s gay community and was a leading member of the Boston Gay and
Lesbian School Workers and its political activism beginning in the 1970’s. Later in life, Tom found an accepting community among the congregation of Old South Church.

In the fall of 2020, Tom was diagnosed with ALS. Like everything else he did in life, Tom
approached his disease with vigor – researching the disease, getting involved in clinical trials, and becoming part of the ALS community. After a career of advocating on behalf of those with disabilities, Tom became disabled, himself. He admirably confronted the disease as he progressively lost his mobility and speech. However, Tom never lost his ability to make those around him feel special and loved.

The family is planning a Memorial Service Tuesday June 28th at 1:00PM. The service will be held at Old South Church located at 645 Boylston St., Boston. For those who cannot attend, the service will be streamed (https://vimeo.com/event/2236610).

In lieu of flowers, the family suggests a contribution to one of the organizations Tom supported including: MGH’s Healey Center for ALS, Compassionate Care ALS, and Perkins School for the Blind.