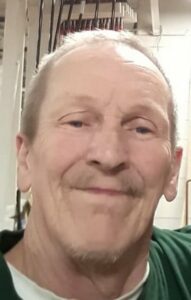 Lee was born Febuary 5, 1953 in Malden MA,He was the son of
Late Robert Daniels and his mother Annabelle Daniels.

Lee is survived by his mother Annabelle Greenough and the late Robert Daniels, His sisters late Gail daniels Robinson and her husband Tom Robinson, and Judy Daniels Coffin and her husband Roy Coffin, His children the late Jason Daniels, and his twin sister Tara Driscoll and her husband Brian Driscoll, His daughter Leann Daniels and her fiance Ermes Leon, Also his 4 grandchildren Kaylise mercado, kyleigh Driscoll, Aiden leon, and Armani leon. He also leaves behind his girlfriend Claire Mainero. His best friends Monica Mendes and Linda Callahan who were both also the mother of his children. Along with his Aunts and uncles, nieces and nephews.

Lee was a kind hearted man, great sense of humor, very funny around his family and friends where he could just be himself. He loved to be outdoors, whether it was taking a walk at the beach, or camping, He loved to be up at his uncle Richards house in New Hampshire. Lee was a great mechanic, he had a passion for cars and motorcycles. He loved his new England sports teams, especially baseball. He also enjoyed being around his grandchildren.

A private memorial service will be held for him this friday 01-24-2020. His ashes will be properly buried in the springtime at forestdale cemetery in Malden Ma.