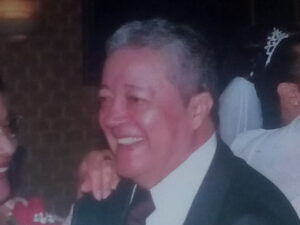 Edgar Palacios was born in Huehuetenango, Guatemala, on March 19, 1937 he passed away on June 11, 2015 . He was the beloved son of the late Gumercindo Palacios and Juana Mendez de Palacios. Edgar helped his parents while growing up and was one of six children. He met, his wife, Maria Emila Araujo de Palacios and was married on February 11, 1968. Edgar and his wife immigrated to the United States and settled in Boston, Massachusetts in 1971 along with other family members establishing the first American Latino generation in the United States. Edgar was dearly loved by all and every weekend the family would gather to enjoy each other’s company after a long week of work. Edgar’s favorite sport was Soccer and was a dedicated player. In the mid 1980’s he coached little league which every member of the family was a part of. He contributed within the Latino Community by coaching Little League and was very proud of being able to shape young minds in the art of soccer. His favorite statement would always be: “This is who we are and this is where we come from. Even though we immigrated to the U.S. we should never forget.” Edgar is survived by his wife Maria Emilia Araujo de Palacios of Dorchester, MA, and his two daughters, Claudia Rodriguez, of Providence, RI and Juana Cherif Machichi and husband Chamcheddine Cherif Machichi of Malden MA and by three grandchildren, Greg Jose, Gabirela Alejandra and Valentina Victoria. “In the name of GOD we gather once again because God wanted this In the name of GOD” -Amen A viewing will be held Tuesday, June 16th at 10: 00 a.m. followed by a ceremony at 11:00 a.m. at Boston Cremation, 287 Main Street, Malden, MA 02148-Tel: (781) 322- 0909. At the conclusion of the service the family will be returning to 15 Washington St. in Dorchester and all are welcome to join them. &nbsp;