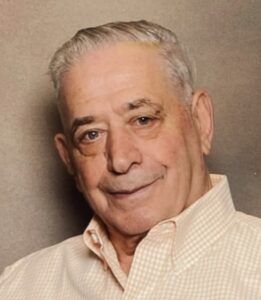 Eduardo José Correia, of Cambridge, MA, passed away Wednesday, October 20, 2021 of a broken heart after losing his wife, Carol just nine months prior.

A celebration of life service will be held at the Cathedral of the Holy Cross 1400 Washington Street Boston, MA on Saturday November 6, 2021 at 11:00 am. Followed by a gathering of family and friends at his son’s residence in Wakefield.

Eduardo was born October 26, 1931 in Portugal to José Carlos and Elisa da Conceição Correia. He uprooted his life from his entire family in Portugal and moved to the US in 1961, in search of better opportunities. Eddie met his beautiful wife Carol, while both participating in a bowling league. They married in 1981 at one of their favorite places, Hampton Beach. Eduardo and Carol went on to have two wonderful children, Lisa and Eddie. Eduardo was employed at a few companies before settling into Necco Candy Company for many years. In 2003, he took his skills to the Cambridge School Department and finally retired in 2012 at the age of 80. He was an exceptional entertainer, handyman, storyteller, and the most loving husband. He also enjoyed spending time with friends, going out to dinner, cruising, and get togethers to play cards. Anyone that knows him, knows he didn’t call you by your name, he called you “Shoemaker.” He enjoyed every moment he spent with his wife, family, and friends.

Eduardo is survived by his two children, Lisa Lewis and her husband Blaine of Otis, MA, and Eddie Correia and his wife Andrea of Wakefield, MA; five grandchildren, Connor and Jenna Lewis and Matthew, Jason, and Jordan Correia, along with several nieces and nephews. He is also survived by sisters Alexandrina, Liliana, Elizabeth, and brother José. He was predeceased by his parents José and Elisa, sister Estrela, and his wife Carol.

In lieu of flowers, please consider making a donation to the American Cancer Society in honor of his wife.