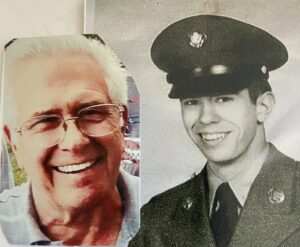 PEABODY – Edward P. Walz of Peabody, Age 80, passed away after a year-long
fight from a traumatic brain injury.

Phil was the beloved husband to Barbara (Eddy) Walz, with whom he shared over
58 years of marriage. Born in Melrose, Massachusetts, raised in Saugus, he was
the son of the late Walter and Mary (Fenna) Walz. He graduated from Saugus
High School, and then Mr. Walz enlisted in the United States Army. He worked in
the motor Pool and on Various NIKE Missile sites during his time in the Army.
After his time of service, he worked for NCR Corp. for many years, where he
worked on various computer systems and office equipment.

Mr. Walz was a lifetime member of the Danvers Fish and Game club where he
enjoyed shooting and archery. He loved spending time at the camp, which he
built, with his family on vacations. Some of the activities were playing games,
teaching his grandchildren to water ski and relaxing by the campfire. Mr. Walz
enjoyed fishing and boating in various bodies of water.

Mr. Walz will be missed by his family: his son Daniel Walz and his wife Debra of
Melrose, his son James Walz, his wife Jen and her son, his daughter Laurie
Tsouvalas, his son William Walz and his wife Kristine, his daughter-in-law Patricia
Walz all from Peabody and his sister Patricia Shaw and her husband Sidney of
Bowdoinham, ME. He also leaves behind ten grandchildren and several nephews,
a niece, great nephews and great nieces. He was also survived by his brother-in-
law Arthur Paisley and predeceased by his sister Nancy.

A celebration of life with be held at a future date. In lieu of flowers, please make
a gift in Edward’s name to St. Jude’s or a charity of your choice.