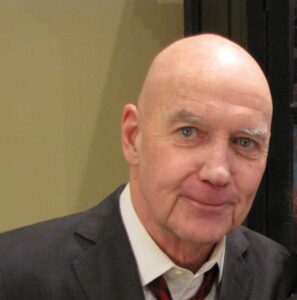 Edward “Ted” Connor of Boston, formerly NYC, passed away on March 21, 2021 after a brief illness. He
was a beloved father, grandfather, brother, uncle, and friend. He is survived by his daughters, Keitha
Crozier and son-in-law Joe of Mansfield, MA and Emily Connor of North Andover, MA, his sister, Mary
Ellen Connor and brother-in-law Rich of Foxboro, MA, his brother, Dennis Connor (Marilyn) of Brimfield,
MA, his grandchildren Marcus, Genevine, Mena and Rory, his nephew Dan, Kip and Jeffrey, his niece
Jesse, and longtime companion, Carolyn Celebucki of Berkeley, CA. He is pre-deceased by his parents
Edward Connor Jr. and Mary Connor.

Ted grew up in Pawtucket, RI and spent his 75 years cultivating a love for music (the louder the better),
perfecting his crossword puzzle skills, and pursuing the perfectly poured pint of Guinness. Though the
path of his extraordinary life proved to be no little feat, Ted faced the music like a rolling stone. He now
resides at the great CBGB in the sky making sure that the amps are cranked far beyond eleven for all of
us to hear.