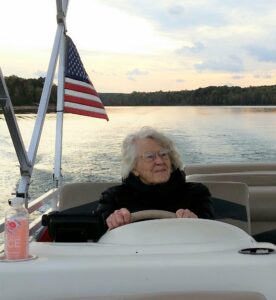 Elizabeth (Liz, Betty) Easton Yorke, age 88, of Arlington, Massachusetts, passed away December
6, 2020. Born Elizabeth Jane Easton on August 28, 1932, Liz was the daughter of the late Judge
William G. and Sara R. Easton. Liz was born and grew up in Rochester, New York. She graduated
from John Marshall High School in 1949 and then went on to attend Smith College in
Northampton, Massachusetts where she received a B.A. in Political Science in 1953. After
graduating from college, Liz married John P. Schaefer, also of Rochester, New York. She joined
him in New Haven, Connecticut, and after a year moved to Ann Arbor, Michigan. Three years
later they returned to Rochester and raised their four children. As her children grew, Liz
began working outside the home. Positions she held include serving as the assistant to the
Mayor of Rochester and working for the American Arbitration Association. She was active at
Third Presbyterian church, the League of Women Voters, Rochester General Hospital TWIGS,
and the National Organization for Women. In 1981, upon sending her youngest child off to
college, Liz moved to Boston and attended Lesley College, where she earned an M.A. in
Expressive Therapy. Liz enjoyed a long career as a licensed psychotherapist in the Boston area
until shortly before her death.

Liz loved spending time at the family cottage in the Thousand Islands, Canada. She enjoyed
taking trips to Boston area beaches, swimming in the ocean and collecting shells. A few of her
favorites were Nahant Beach, Crane Beach and Plum Island. Liz was often found walking in local
parks and enjoying one of her favorite pastimes, collecting rocks. She loved art, both creating
her own art work and rock arrangements, as well as visiting numerous art galleries in the
Boston area. Liz was a student of classical music and opera and attended many continuing
education classes in these areas of interest. To celebrate her 80 th year, she travelled to New
York City to attend the four operas of Richard Wagner’s legendary The Ring of the Nibelung,
totaling about 15 hours of music. She was active at Emmanuel Episcopal Church of Boston
where she was particularly fond of the Bach cantatas that were offered during Sunday services.
Liz loved sharing all of these activities with her children and grandchildren.