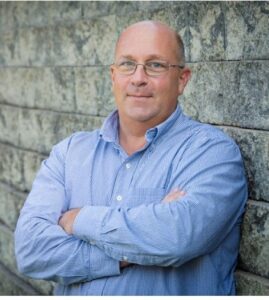 Eric P. May, 56, of North Attleboro, passed away Wednesday morning, March 31,
2021 at Sturdy Memorial Hospital after a year-long, courageous battle with
pancreatic cancer.

Eric was born and raised in Mansfield, the son of David and Barbara DeChellis
May. He graduated from Mansfield High School, class of 1982, attended Massasoit
Community College and Framingham State. Eric went on to spend his life working
alongside his father as a well-known and respected real estate agent for over 30
years. Exceptional at what he did, his success was attributed to his no-nonsense,
direct manner that instilled trust in everyone.

Eric was notorious for his sarcastic wit, humor, and “should have been done
yesterday” attitude. He was charismatic, honest, and always told it like it was. He
was the first person to help anyone and the “go to” guy if you needed any help or
advice. Eric had a strong love for traveling, being by the ocean, and attending
concerts with his family and friends. He had a fun-loving and adventurous spirit
and was a jack of all trades. Eric was a devoted father, husband, and friend who put
family first and was ever present for those he loved in his life.

He is survived by his loving wife of 28 years, Melissa Mentillo May; daughter,
Lindsay May Navickas (Andrew) of Marstons Mills; parents, David and Barbara
May of Norton; brothers, David May (Bruce) of Texas, Danny May (Michael) of
Michigan, Brian May (Theresa) of New Hampshire; sister, Elizabeth Gilbert of
Norton; and many beloved nieces, nephews, aunts, uncles, cousins, and numerous
lifelong friends.

Visiting Hours will be held at Boston Cremation, 115 North Main Street,
Mansfield, MA on Wednesday April 14, from 8:30-9:45am, followed by a mass at
Saint Mary’s Church, 330 Pratt Street, Mansfield at 10:00am. Burial will follow at
St. Mary’s Cemetery in Mansfield.