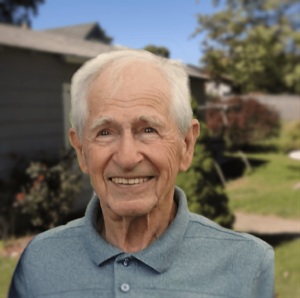 Woonsocket, RI – Fernand (“Fern”) J. Laquerre, 92, a lifelong resident of Woonsocket, passed away
peacefully on June 17, 2020 at Rhode Island Hospital after a brief illness. He was the beloved husband of
the late Gloria M. (Latini) Laquerre.
Born December 6, 1927 in Woonsocket he was the son of the late Joseph Laquerre and of the late Rose
(Lemay) Laquerre. Brother of the late Simon Laquerre, the late Fernande Hemond, the late Jeanne
Benoit and his surviving youngest sister Rose Cusson of Douglas MA.
Fern served 2 years in the Navy from 1945-1947, earning the rank of Seaman First Class.
After Fern’s service in the Navy he returned to Woonsocket to marry Gloria on May 16, 1951, happily
enjoying 62 years of marriage before Gloria’s passing in 2013.
Fern and Gloria enjoyed travel highlighted by vacations to Hawaii, Alaska and to Italy to visit Gloria’s
extended family. They vacationed by both land and cruise tours and enjoyed staying in various Elder
Hostels around the country. They loved ball room &amp; square dancing and hosted weekly card games with
friends and family. Fern was an avid gardener and truly had a green thumb, canning much of his
produce to be enjoyed each winter. His beautiful rock flower gardens were enjoyed by many who
passed by. Fern enjoyed watching New England sports games on television and was self-taught in
knitting and crocheting along with many other forms of creative art. Fern didn’t tackle a project or craft
if it wasn’t a challenge. Fern loved to host annual summertime “dynamite” cookouts and did so for large
senior groups for many years. In later years, Fern enjoyed weekly dancing at the Woonsocket Senior
Center.
Fern worked at American London Textile Manufacturing in Norwood, MA for 34 years with the last 7
years serving as shop manager.
He served as a volunteer in the John H. Chafee Blackstone Valley Heritage Corridor and also volunteered
at the Museum of Work and Culture where he would often provide tours in French. He also formed a
Senior Walking Club at the YMCA. He was the former member of the now defunct Deluxe Sporting Club,
member of the YMCA and the YMCA Fitness Club, the Royal Travelers, and the St. Joseph Seniors and
American Legion Post 88 in Nasonville RI. He received the Senior of the Year Award in 2009 from the
YMCA. Fern was an avid learner and his hunger for education drove him to acquire his GED upon
retirement.
One of Fern’s greatest joys was spending time with his immediate family. He was adored by his family
and will be greatly missed.
He is survived by his son Paul Laquerre of Johannesburg, South Africa and daughter Annette Valentine
and her husband Charles Valentine Jr. of Mansfield MA. Three grandchildren, Charles “Clint” Valentine
III of Seattle WA, Carolyn and Charlene Valentine of Mansfield MA.
A private memorial service will be held at a later date. Arrangements entrusted to Boston Cremation,
Mansfield. To leave a message for his family, please visit www.www.bostoncremation.org.