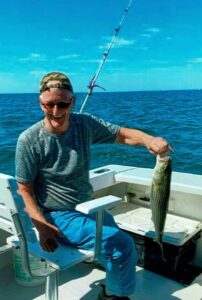 Frederick William Hersey 81 of Stoughton passed away September 16th surrounded by his family.

Frederick was one of 12 Children born to the Late Raymond and Agnes Hersey. He was the loving brother to Richard Hersey, Kevin Hersey and Cheryl Peter-Paul. Brother to the late Raymond Hersey, Patricia Bernard, Gail McCann, Sandra Wiedman, Stephen Hersey, Ronald Hersey and James Hersey. He is also survived by many nieces and nephews.

You are invited to attend visiting hours in Boston Cremation, 116 Franklin St., Quincy on Friday September 23, 2022 from 9AM until 12PM.