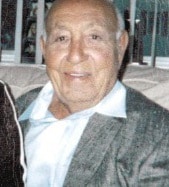 George was raised in Medford and was a proud Lt. in the Army during WWII. He worked with the City of Boston Police Department for 32 years.

A graveside service with military honors will be held Nov. 9 at 11am at Holy Cross Cemetery in Malden.