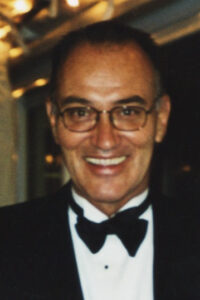 Gerald Julian (Jerry) Lapriore, 67, cherished husband, father, and grandfather, went to spirit on Thursday, October 30th while surrounded by his loving family. Though he fought Lou Gehrig’s Disease (ALS) for more than two years, he never let it own him. He lived every moment joyfully on his own terms to the end. Born in Worcester, MA, on April 12th, 1947, he was the son of the late Sante Lapriore and Julie Hedwig (Kulesza) Lapriore. Above all, Jerry will be remembered for his profound love for his family. His children, grandchildren, and his wife of 33 years, Jane, were the center of his life. Jerry graduated from Algonquin Regional High School in 1965, where he played all sports but was best known for his outstanding play on the basketball court. He went on to play basketball at Leicester Junior College, where he led his team to the national championship game in 1966. Jerry, along with the entire 1965-66 team, was inducted into the New England Basketball Hall of Fame in 2009. Before moving to Kittery in 2006, Jerry was a longtime resident of Portsmouth, NH, where he was an influential figure in the community and active in civic affairs. His lifelong banking career began at First National Bank in Portsmouth and moved on to several financial institutions including MetLife and Century 21 Mortgage, where he was Division Vice President. In 1996 he founded Seacoast Mortgage, which served the seacoast community for many years. Jerry lived his life at full throttle for his many passions. Fine automobiles, photography, and music were at the top of his list. He loved nothing more than sharing his experiences with his friends, making the most of his gift of photography and storytelling. Jerry’s sense of humor was one of his most memorable characteristics. Above all, Jerry was a kind and generous man who never passed by a person in trouble without offering to help. He will be dearly missed. He is survived by his wife Jane; daughter Lisa Lapriore and son-in-law Thomas “Bob” Kressler of Portsmouth, NH; son Mark Lapriore and daughter-in-law Dee Dee Taylor of Pawtucket, RI; son Justin Lapriore and daughter-in-law Kristen Meyer Lapriore of Seattle, WA; stepdaughter Sara Bigl of Clearwater, FL; stepson Adam Caper and his wife Dr. Rebecca Yang of Boston, MA; granddaughters Isabella Lapriore and Natalia Lapriore, and grandson Tyler Patrick Gennaro O’Neil; mother Julie of Leominster, MA; sister Sandra and brother-in-law Bob Bissonnette of Hudson, MA; and his service dog Buddy. In addition, he leaves loving cousins Patti English, Francie Clark and her husband Steve, and many adoring nieces and nephews who will always remember his original Christmas gifts at Wigilia. As was typical of his generosity, Jerry donated his body to ALS research. In lieu of flowers, please make all donations to Compassionate Care ALS, P.O. Box 1052, West Falmouth, MA 02574.

A Memorial Service will be held Sunday, November 9th at 2:30pm at the First Congregational Church of Kitttery, 23 Pepperrell Road, Kittery Point, Maine.