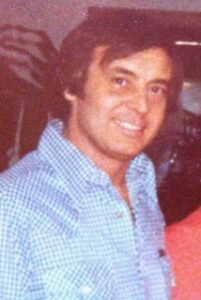 &nbsp; Newburyport, MA — Glen Wilkinson Dow passed away at the Kaplan Family Hospice House after a lengthy battle with cancer on Tuesday morning, September 25, 2012. He was born Octo­ber 8, 1941 in New­buryport, MA, and was the son of the late Ernest “Bunny” Dow and Agnes (Wilkin­son) Richard, wife of Leo Richard. He was a graduate of Newburyport High School, Class of 1959. Glen was a veteran of the army and proud of his service achievements, upon returning from the service he worked in Beverly at the United Shoe Machinery Company. He had a strong entrepreneurial spirit which showed in the many inventions , patents and businesses he was involved in including; Graves Skis, The Outside Inn, Dow Engineer­ing, with his father “Bunny”, & GWD Engineering. Glen is survived by his chil­dren, Glen Dow of Newbury­port, Deanna and her husband Heath Eastman, of Newburyport; and their mother Lor­raine (Englehardt) Dow. He also is sur­vived by his brothers Leo Richard and his wife Cindy of Ames­bury, Gary Richard and his wife Gweneth of Danvers, many nieces and nephews and dear cousins. ARRANGEMENTS: A Celebration of Life will be held on Saturday October 6, 2012 at The North End Boat Club in the upstairs Func­tion Hall, from 2 to 5 PM., all are welcome to attend. Kindly omit flowers, instead donations in his memory may be made to the char­ity of the donor’s choice.