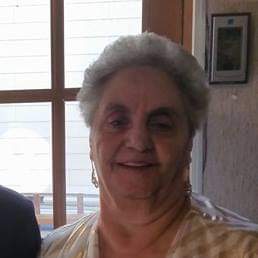 Grace Marie Malin (Catanzariti) 85, passed away suddenly on October 23, 2020
after a short illness. She is survived by her husband John J. Malin Sr. (Jack) whom
she was married to for 69 years. She is survived by her son John J. Malin Jr. and
his wife Donna of Malden MA; her daughter Janet Perry and her husband Al of
Chelmsford MA; her son Steve of Somerville and his fiancé Judy; her
grandchildren Christopher Malin and his wife Adina of Dracut MA; Jennifer
Royster and her husband Reginald of Danvers; her beloved great-grandchildren
Malia and Brooke Royster and her lifelong friends Gloria and Billy Burgos of
Somerville. She was also preceded in death by her sons Richard and Robert.

A Catholic Mass will be held at a later date, burial will be private.