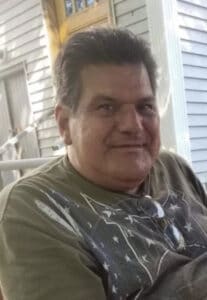 Harold passed away peacefully in his sleep in the early morning hours of Thursday April 7th, while home with his wife Dorothy Hunnell-Socobasin.

Harold was diagnosed with stage 4 lung cancer in May of 2021. After almost a year of treatments an several procedures, Harold was taken from us.

Harold was proud of his Native American Indian heritage. A member of the Passamaquoddy tribe in rural Maine. Harold was employed as a mover for most of his career as well as a truck driver, before he retired. Harold loved playing, watching, an cheering for his favorite New England sport teams.

Harold is the son of the late Harold Sr, and his wife Angelica Socobasin (Albano) of Utica, New York. Were Harold was born an raised before moving to Maine, an later moving to Massachusetts.