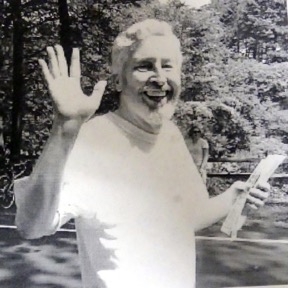 Haskel Straus died on February 3rd, 2016 after a long illness. He was born in Brooklyn, New York on May 9th, 1950 to the late Velma Lukko and Haskel Strasberg. He leaves behind his beloved wife, Barbara Owens Straus. They were married for 42 years. In addition, he leaves his great friend Harold Lichtman as well as many loved nieces and nephews and sisters and brothers-in-law. There will be a memorial service at Bemis Hall, 15 Bedford Road, Lincoln, MA on Sunday, June 26 at 2:00, with a reception to follow.

Haskel graduated Phi Beta Kappa from City College in 1971, with a BA in Mathematics. He had a brilliant and curious mind which led him to many interests and pursuits throughout his life. After the Vietnam War, Haskel entered the US Navy, where he worked on maintenance of aircraft carriers in both Europe and Asia. It was during this time that he developed his love of travel. He remained in the Navy reserve for 21 years. For some time he worked as a private pilot in California. Early in his career he and Barbara ran an ice cream parlor in New York City. He was a software developer, and worked with the author and motivational speaker Tony Robbins. In addition, Haskel taught personnel growth classes. He was both a writer of fiction and a chronicler of daily life. Before his death he was working on a book about dreams and how they impact the writing process.

After his move to the town of Lincoln on New Year’s Day in 1990, he devoted time to many activities including: The Alliance for Democracy, Labyrinth Society, and the Alan Watts Fellowship. He was on the board of the Friends of the Lincoln Library. An avid line dancer, he was the brave, lone male dancer. The group named itself Haskel and his Twinklelettes!

Besides his many accomplishments, Haskel had a charismatic and sometimes quirky personality. He had a great sense of humor. The first time he met his in-laws instead of arriving with dessert and flowers, he entered the house with sparklers and fire crackers. It was a cold night in February and he urged everyone to go outside to set them off. He loved the English language and returned to his bride her love letters, carefully corrected with a red pen. He was quoted saying that his ears bled when confronted with poor grammar in conversation.

He may well be remembered by one of his favorite quotes, “Attention is the rarest and purest form of generosity.” (Simone Weil). He loved the people around him and what an honor he would have felt that his friends and loved ones acknowledge how much they miss his smile and bright spirit. We will all miss you Haskel!