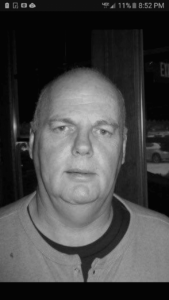 Please find these kind words from a wonderful family friend, Coco a reflection on the life of Big Jim.

Big Jim. I know people had mixed feelings about Big Jim. I know he was far from perfect and much of the last years of his life were gripped with addiction. But there are two Big Jims-some of you had the pleasure of knowing the generous, kind-hearted guy I knew. Some of you knew a man who seemed very selfish at times. Most of you probably knew both. Let me tell you about the Big Jim I knew.

He already had three sons- he really didn’t need another one but he treated me the same and admittedly sometimes better than his own. He listened to me when no one at my home would listen. He hung out with me any time of the day, any day of the week-if I showed up Big Jim was there- in his chair- watching soap operas and making calls to the union or up to other somewhat more nefarious activities. I saw this man as someone who treated me like a friend – a good friend. He cared about me, my brother, my family- really for no explicable reason. We were buddies. I was and still am good friends with CJ and that’s how I really got to know Big Jim- but after a while Jim and I became good friends too. You see I used to come over the Warlow household during the years that CJ slept 16 hours a day so Jim and I really did have a lot of one on one time. I’d show up around 3pm… CJ would fall asleep around 5 and Jim and I would just hang out and sometimes have a few beers until I walked home. So really we can thank CJ’s growth spurt for letting me know his father better.

When I’d go to the mall or the boardwalk with CH and Jack he’d give us all $20 dollars…without hesitation. Something that Jim’s mother would do for me too when we’d all visit her in National Park- he’d do little benevolent gestures like that all the time. He must have gotten that from her. In exchange the only thing he’d really ever ask from me was to retrieve him a beer from the freezer and subsequently replace that beer I had taken from the freezer with a fresh beer from the fridge…This was called the “put one up, take one down” procedure. That was a phrase he would often repeat…he was tremendously quotable. The man had a system, a scheme, a plan for everything he did- he was meticulous that way.

When I was 17, I was laid up in a hospital bed in Philadelphia- recovering from head trauma that I could have easily died from. Do you know who the first person to call me was? Big Jim. Do you know the only two people to call me that entire week were: Big Jim and CJ…that’s the kind of stuff you don’t forget.

If the life of Big Jim teaches us anything (and it does) the lesson here is to use your power and wit and other various personal strengths for solving problems and not making them. Because this was a man who had a tremendous amount of power and wit-and when he used it for good-he was one hell of a problem solver and force to be reckoned with.

Goodnight my friend. I hope whatever you’re up to at this present moment- that it is followed by a Sambuca chaser.