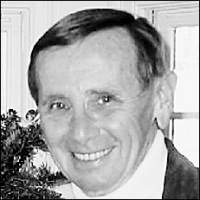 DUMSER, James Brian A biologist, educator, researcher, industrial hygienist and avid fly fisherman, Brian Dumser died of cancer on March 6, 2012. Dr. Dumser was Director of Environmental Health and Safety at UMass, Boston. He was 66 years old. Born in Troy, New York, Dr. Dumser received his Bachelor’s and Master’s degrees from McGill and was awarded his Ph.D. in Physiology from McGill’s Institute of Parasitology. A post-doctoral fellowship took him to the University of Adelaide, Australia; upon completion of his work there, he conducted research at the Université de Strasbourg under Nobel Prize recipient Jules Hoffmann, Director of the Centre National d’Ã‰tudes Scientifiques’ laboratory there. Before continuing research as a National Science Foundation post-doctoral fellow at Georgia Southern University, he was a Professor of Anatomy and Physiology at Vannier College CEGEP in Montreal, Canada. His publications appeared in the Canadian Journal of Zoology, The Journal of Reproduction and Fertility, and The Annual Review of Entomology; he was an active member of the scientific community. Brian’s interests and talents were wide-ranging. Before receiving his training at Harvard’s School of Public Health in Industrial Hygiene, he founded a company in Georgia doing embryo transfers in cattle. A distinguished professional in the field of industrial hygiene, he served as the Senior Industrial Hygienist at Boston University Medical Center / The University Hospital before joining UMass, Boston in 1994. As was the case with anything he undertook, Brian seriously embraced that role with passion. One of his major accomplishments was the development of a computerized laboratory chemical hazard classification program consistent with the EU Globalization initiative. Until the end, he was a dedicated member of the UMass community where health and safety were of the greatest importance to him. Dumser’s concern with health and safety extended to his community efforts. He served on the Winthrop Air Pollution, Noise and Airport Hazards Committee and was the Chair of the Winthrop Environmental Health Facts Subcommittee, a group active in determining if there was a correlation between health impacts to the community and its proximity to Logan Airport. A courageous fighter to the end, Brian was always more concerned with family and friends than with himself. Loving father and grandfather of Josyane Dumser and Brian Daly. Dear brother of Raymond (Janet) and J. Barry (Sandra). Devoted former husband of Ellen Munley and Alison Edgar. Survived by his niece Krista Dumser and countless friends. There will be a Memorial Service in Winthrop on April 28 for family and friends. A second memorial service will be held on the UMass, Boston campus in April to enable his friends & colleagues to celebrate his life.