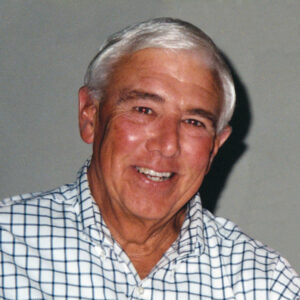 A. Jay Hughes of Marblehead, MA and Naples, FL passed away peacefully in the early morning of August 24th at the Kaplan Family Hospice House after a courageous two-year battle with cancer. In his last days he was surrounded by his immediate family and was blessed to have received the support of his many friends throughout his illness. Jay is survived by his loving wife of 31 years Susan (Myszkowski) Hughes. Born in Worcester April 18, 1938, he was the son of the late Arthur J. Hughes and Ruth Phillips Hughes. His family relocated first to Bennington VT, and then to Booneville NY, where he graduated from Booneville High School. Jay was graduated from St. Lawrence University, class of 1960. He then served 6 months of active Army Reserve duty at Ft. Dix, NJ. Jay’s work experience started in the insurance industry but the majority of his career was in contract office furniture in association with Steelcase, Inc. and two of it’s key dealerships – first in Philadelphia and then in Boston where he served as Vice President, Sales and Marketing. He particularly enjoyed hiring and mentoring promising college graduates during that time, many who have reached out to remind him of the remarkable impact he had on their lives, both personally and professionally. Prior to his retirement he co-managed Sawyer/Hughes, a Manufacturers Rep firm that covered the greater Boston area and parts of New England. Jay resided in and loved Marblehead for more than 31 years. He was a member of the Eastern Yacht club and loved sailing his J28 “Rabbit” alongside his wife in the waters surrounding Marblehead. In retirement he loved to be outside and when not on his boat he would take long walks around Marblehead, stopping and chatting along the way with friends and acquaintances that continually grew in numbers. He was recognized by many as a charismatic man who always offered a warm smile and big wave. He made many of our lives brighter because of the love and respect he had for others. He was always positive and had that slightly mischievous look when about to tell a funny story or was planning a little prank. He loved people and is remembered for always being respectful of everyone he came in contact with, even through his long illness. He bravely lived to the fullest in his last few years including interacting gratefully with the many wonderful clinicians, nurses and doctors who serve patients at MGH, Spaulding, and the Kaplan House. In addition to his wife, he leaves two sons; Jeffrey Alan Hughes and his wife Tania Dautlick of Durham N.C. and Christopher Hughes of Coconut Grove FL. He was the loving grandfather of Claudia and Rowan of Durham N.C. He was the brother to Marilyn O’Rourke and her husband Paul of Concord. He was uncle to their children, Susan Ryan and her husband Beau, Ted O’Rourke and his wife Ellen, also of Concord and Paul O’Rourke Jr. and his wife Meghan of Portland Oregon and great uncle to several nieces and nephews. He leaves a brother-in law, Dr. Gary Myszkowski and his wife Pam of Arlington Heights Ill. and their children Sasha and Lisa. Also he leaves his Godson, Michael Gibson and his wife Erin of Alexandria VA. A celebration of Jays’ Life and Spirit will be held on September 12 at 2:00PM at the Eastern Yacht Club in Marblehead, MA. In Lieu of flowers, please consider honoring Jay with a donation to support his son who has been diagnosed with ALS. Contributions may be made out to: The Christopher Hughes Fund, c/o National Grand Bank, 91 Pleasant Street, Marblehead MA 01945