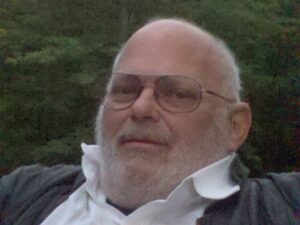 Jay Jacobson, 63, passed away peacefully on December 21, 2012, at the Kaplan Family Hospice House in Danvers, MA. The son of Shirley and Larry Jacobson, Jay was born in Bayonne, NJ, and lived for many years in Summit, NY, before moving to Waltham and then Beverly, MA. He is survived by his sons, David and Sean Hussey; his partner, Marcy Ross; and his sister and brother-in-law, Marsha and Mark Mullane, as well as many, many friends who loved him dearly. For more than a decade, Jay served as the Director of Management Information Systems for Dav El Transportation in Chelsea, MA, a position he held until his passing. A self-taught computer programmer, Jay founded Customatics, a highly successful custom software company, in the 1970s, so he would have the flexibility to “go on tour” with the Grateful Dead—seeing his beloved Jerry Garcia perform countless times before his icon died in 1995. Throughout his life, Jay was known for his incredible generosity, a trait he learned from his wonderful parents. Whenever someone tried to pay him back for a kindness he’d rendered, Jay would tell them to donate the money to the Greater Boston Food Bank, so contributions in his memory can be made there , to other local food banks, or to Hospice of the North Shore and Greater Boston in appreciation of the wonderful care he received during his illness.