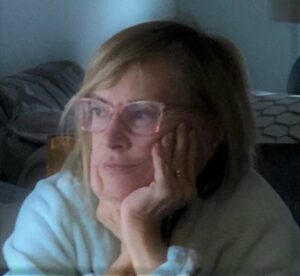 Jeannette Lea (Andrews) Horner, of Milford, NH, passed away peacefully the morning of Monday, June
1 st . Jeannette was born in Boston, MA on January 27, 1945, where she lived all of her childhood and
early adult life, before moving to NH in 1973 with her husband, George R. Horner and their young son,
“Scotty”. Shortly after moving to NH and purchasing their first and only home in Milford, she gave birth
to their second child, “Jenny”.

Her love story with her husband of 51 years began when they met in the parking lot of an A&amp;P in 1962.
Their love story was one for the ages, as she waited for her “Georgie” to return from the service of 6
years to finally marry her. They enjoyed camping together for their entire marriage, most of their time
was spent as seasonal campers at Lakeside Pines Campground in Bridgton, ME and Pinederosa
Campground in Wells, ME.

Jeannette stayed at home as homemaker until her children entered middle school, at which time she
become a permanent substitute teacher for the Wilton-Lyndeboro school systems and then Mascenic
Regional High School, until she retired in 2010. It was at this point in her life that Jeannette discovered
just how much she enjoyed spending time with teenagers and participating in their education. She
became a friend to many of the students and they fondly referred to her as “Horner”. She was patient
and kind with them and seemed to really understand the challenges that some of them faced growing
up and many turned to her for council over the years. She truly had a gift of giving grace and compassion
to the students, it was her proudest professional accomplishment of her life, as it was evident in the
endless memories she loved to share with others.

Jeannette was an avid reader and enjoyed suspense novels, but also had a deep love for historical
stories. She enjoyed watching Jeopardy and had a love for pistachio ice-cream and country and folk
music. Jeannette had a great love for animals, especially dogs. Over the years she enjoyed crocheting,
holding babies and baking at Christmas time. She loved the ocean and her visits to beaches in both NC
and ME. She was fond of quaint gift shops and never missed an opportunity to shower her family with
gifts, she never forgot anyone’s birthday. She will be remembered for her story telling and always willing
to listen to anyone who needed to talk. Jeannette was a believer in angels and we are certain that she
has gained her own wings and will keep a good watch over all of us.

A celebration of Jeannette’s life will be held at later date. Memorial donations in Jeannette’s name may
be made to the Humane Society of the United States (www.humanesociety.com).