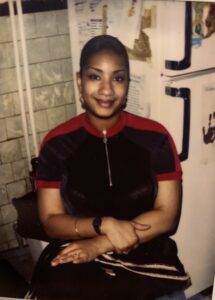 Jeannette went to Boston Public Schools and later attended Newbury College where she received an Associates in nursing to became a Certified Nurses Assistant. She was a devoted mother of five, that she raised with the help of her mother Bessie B. Ward. Raising her children Andrew Johnson, Aaron Johnson, Erika Jones, Arleesa Jones and Hakeem Carpenter was the most important job she had, apart from working with children in the pediatrics department at Boston Medical Center until 2009.

Jeannette was an excellent artist and writer. She loved to write, so much so, that she eventually became a published poet. She enjoyed cooking, baking, gardening, and shopping every chance she had. Most of all she loved her grandson, Marquise and was excited for her future granddaughter to arrive.

Sharing memories was her favorite. She would sit and talk for hours about the different memories she had growing up. The stories of penny candy and how much a dollar could get you in the 70’s. Her personality and humor was bigger than life. She loved to sing and had the voice of an angel. You could hear it as it floated through the hallways of the house she was able to buy with all the hard work she put in throughout the years.

Most of all she was a fighter. When in 2009 she became ill, she said she was going to fight everyday until she couldn’t fight anymore. She surpassed all of the doctors predictions until the Lord came calling and she answered. Gone in body but never in spirit, she will always be missed and never forgotten.