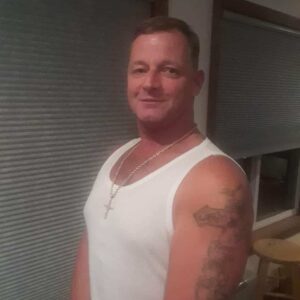 In loving memory of
Jesse James Dalrymple
June 24, 1966 – July 12, 2021
Jesse James Dalrymple of Malden succumbed to his short battle with cancer. He passed away at the Kaplan Hospice House in Danvers Mass.
Born in Somerville Mass, Jesse was the son of the late Eunice (Ramsey) Dalrymple and Robert Dalrymple. Jesse is pre-deceased by his brothers Ricky and Billy.
Jesse lived in Malden and leaves behind his three closest friends (his guardian angels) Jan and Lou Vendice and Jay Griffin. Along with his brothers Steven, Bobby, Norman, and his son Anthony Dalrymple.
Jesse was a long-time cherished employee of Doms Sausage Co. Malden Mass. Jesse was always ready to lend a helping hand to anyone that needed it. He was an avid Patriots fan and was an advocate for all pets (Jesse never met an animal he didn’t befriend).
Jesse had an infectious smile and a great laugh. To know Jesse was to love him. He will be sorely missed by all.
Services will be held in Boston Cremation, 287 Main St. Malden, MA on Friday, July 23, 2021 from 9 to 11 am.