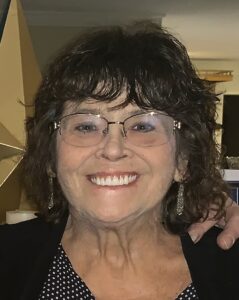 Joanie, as she was known by friends and loved ones, was born and raised in Walpole and was a
member of the Walpole High Class of 1971. She was one of the original Porkers when the
school’s field hockey team changed names in 1969. She also graduated from the Henry O.
Peabody School of Nursing in 1986 and became an LPN. She worked in geriatric care mostly
south of Boston, starting at the Charlwell House and the Ellis Rehabilitation and Nursing Center
in Norwood, Coolidge House in Brookline, and Milton Health Care in Milton. She retired from
Bourne Manor in 2018 after a 40-year career.

She lived most of her life in Walpole where she raised her son Tim as a single, working mother
with the support of several family members. Later in life, she fulfilled her wish to live near the
beach and settled in E. Wareham with her longtime partner Brian Flahive, cats Red and Sox, and
dog Josie.

In addition to Brian Flahive, she is survived by her son Timothy J. Lavallee, his wife Susan, and
their two children Gregory and Alexis, all of Wake Forest, NC; her brother James, his wife Nancy
and their three sons Dan, Tom and Bill, all of Foxboro; her sister Mary Peckham and her
daughter Michelle Johnson and son Bob of Texas, and many cousins and friends. She was
predeceased by her parents Sylvester McNeil and Alice (Ostrom) McNeil.

Private cremation by Boston Cremation will be followed by a celebration of life at a later time
when loved ones can gather together safely. In lieu of flowers, donations may be made in
Joan’s memory to: HESSCO Nutrition Services, ATTN: Jayne Davis, One Merchant St., Sharon,
MA 02067.