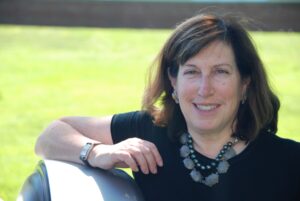 “Jo”, age 67, died at home on August 16th, 2019, after a battle with cancer. She is survived by her husband, Bruce H. Buckland, her children, Mia F. Buckland and Nicholas C. Blaisdell, as well as her previous husband Bruce F. Blaisdell, and her sister Karen S. Rakowitz.

Educated at UPenn, and later­ BU Law, she became a member of the Massachusetts bar in 1976 and practiced as an attorney throughout her whole life and the birth of her two children.

Always eager to learn and take the time to help others, she had a steadfast moral compass that guided her through her career and life. At the Dorchester Law Collective, JoAnn worked to support low income communities in pursuing social, health, racial and economic justice. She also volunteered at the Urban Land Institute, where she worked with youths to examine the social and economic issues involved with building quality cities.

JoAnn was a non-traditional thinker with an intellect that set her apart from her peers. She was a great believer in less-is-more, unlike many people she understood simplicity is the best way to solve a complex problem. Her strategies were rarely understood by her colleagues, and even more rarely understood by her opposition – she was definitely someone you wanted on your team. Perhaps this is why she was hand-selected to lead the initiative to re-deploy the Mass Health portal. She was often one to be called in to save the day.

A generous mentor and advisor, everyone benefited from her wise counsel. Whether in matters of law, life, love, food or style. Some of the things she taught us: We learned that kids don’t lie – they just tell things the way they wish they were; that it is ok to mix black and navy and brown, and finally, the answer to “What spices are in this?” is always ‘Salt, pepper and olive oil”.

She loved freedom and democracy in its purest form, and was often heard fighting the patriarchy, discussing the ills of humanity, and standing strong for what she believed in. She loved the city of Boston and was enchanted with the rich history and heritage of the founding of our country. She honored this in many ways, including volunteering with Boston By Foot, a non-profit dedicated to raising awareness of the rich architecture and history that this city holds. She was often seen wearing her Boston Red Sox hat while leading tours around the city.

In her personal life, JoAnn was rarely seen without a book. She loved to read, and always had a good recommendation. She enjoyed walks around Fresh Pond with her Golden Retrievers, sketching the world around her, and designing custom Christmas stockings for the important people in her life, each one with a story to go along with it.

JoAnn was a very modest and humble person, and probably wouldn’t like us singing her praises like this. Some things she would like, would be for you to open your mind to new ideas, bring people together and make an effort to understand others, have coffee with a friend, travel, read a book (and don’t feel the need to finish it just because it won some literary award, skip to the end if you like), and share a meal with the people close to you. That is what JoAnn would have wanted.

In lieu of flowers, the family requests that donations be made to Morris Animal Foundation (https://www.morrisanimalfoundation.org/) or CareDimensions Hospice (https://give.caredimensions.org/).

A memorial service will be held at 1:00 pm on Saturday, August 24th at the First Church. Reception immediately to follow.