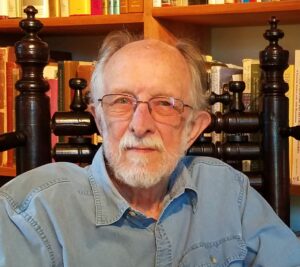 Born on September 12, 1939, in Bristol, England, John was raised in the Cotswolds, where he acquired his lifelong love of seventeenth-century English oak furniture. He received a BA (Honors) and MA in English Literature from Cambridge University, where he studied under the renowned critic Raymond Williams, whose influence guided John’s writing and thinking throughout his life. While there, he acted in the Cambridge Footlights alongside several of the founding members of Monty Python, revealing the dry wit and humor for which he was so well known.

In addition to hundreds of articles and book chapters, John was the author or coauthor of nine books including Reading Television (with John Hartley), which was one of the first scholarly works to apply semiotics to media texts; Introduction to Communication Studies; Television Culture; Reading the Popular; Understanding Popular Culture; Media Matters: Everyday Culture and Political Change; and Power Plays, Power Works, the book he considered to be the culmination of his theoretical work. His books have been translated into over 20 languages and have sold millions of copies. The founding editor of what is now the journal Cultural Studies, John lectured widely throughout the world. He was awarded an honorary doctoral degree by the University of Antwerp in 2008. His commitment to teaching and to his graduate students was perhaps his greatest contribution and gave him enormous pleasure and satisfaction.

Following his retirement from academia in 2000, he moved with his wife Lisa Freeman to a farmhouse in Vermont and embarked on his second career as an antiques author, editor, and dealer trading as Fiske & Freeman: Fine and Early Antiques and specializing in seventeenth-century English oak furniture. He became editor-in-chief of the New England Antiques Journal in 2004, and when the publisher decided to cease publication in December 2018, launched the online Digital Antiques Journal. Known for both his personal reflections (Yours Sincerely) and his deep insights into the meaning of antiques and the future of the antiques business (In My Opinion), he published several more books on seventeenth-century furniture including Living with Early Oak and When Oak Was New. His passion for the “humble history” that antiques offer had deep roots in his academic training and commitment to understanding the culture of everyday life.

In 2008, he and Lisa moved to Ipswich, Massachusetts, where his love of antiques expanded to embrace historical preservation in the coastal New England town that claims more first period houses than any other in the United States. This led him to chair the Ipswich Historical Commission, persuade the town to adopt its first Architectural Preservation District, and embark on the restoration of the collection in the National Historic Landmark John Whipple House.

John is survived by his wife of 32 years, Lisa Freeman of Ipswich and Manhattan; his daughter Dr. Lucy Fiske of Sydney, Australia; and his cousin, Eric Saumarez of Guernsey. He was predeceased by his son Matthew. Contributions in lieu of flowers may be made to the John Fiske Memorial Fund of the Ipswich Museum, Ipswich, MA (www.ipswichmuseum.org). A celebration of John’s life will be held at a later date.